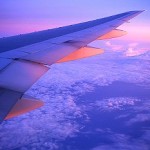 In 2014, business class travelers were treated to more amenities and legroom, while coach travelers often found less space in their own quarters. Profits skyrocketed for air carriers in the United States, despite the beefed-up competition from international peers. American Airlines, Delta Air Lines, United Airlines and Southwest Airlines remain the top four airline carriers in North America. WestJet (No. ... END_OF_DOCUMENT_TOKEN_TO_BE_REPLACED

Sometimes traveling with children isn’t the most relaxing thing in the world. However, a little pre-planning can help eliminate a great deal of stress. And Information Nation has some tips on how to avoid problems on the trip – whether it’s by air or car travel. When flying, using a site such as SeatGuru.com can help travelers find the best ... END_OF_DOCUMENT_TOKEN_TO_BE_REPLACED

Theodore Stroukoff Discusses the Joy of Living in New Mexico 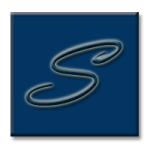 Theodore Stroukoff was born in New Jersey, but he has spent much of his adult life in New Mexico. While many tourists view New Mexico as one of the most beautiful places in the world to visit, Theodore Stroukoff has learned of the state’s many other charms while living there. There are many benefits to living in one of the ... END_OF_DOCUMENT_TOKEN_TO_BE_REPLACED