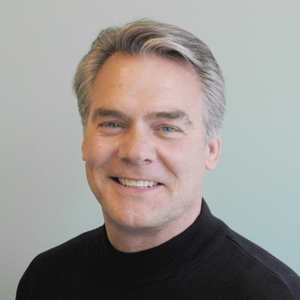 As our planet becomes more populated, architect Pete Spittler believes sustainable development will become more important than ever. Currently, the world population grows by an astounding amount of people every year. Pete Spittler notes that by the year 2025, this means our planet is expected to contain eight billion people—two billion more than there are today.

According to Pete Spittler, this exponential growth means that there will be a greater need for homes, retail facilities, hospitals, schools, and more to serve all of these people. If all of this new construction is done without an eye toward the environment, it could have disastrous implications. Pete Spittler expresses the importance of building in a way that works with the earth instead of against it. Water conservation, soil preservation, and using trees that replenish quickly (such as bamboo) can help reduce the environmental impact of this astronomical growth, notes Pete Spittler.

The architect recently answered a few questions about sustainable development.

Q: What is sustainable development?

Pete Spittler: It really refers to a development that protects the natural environment while also fulfilling then needs of society and the community.

Q: How long have you been interested in sustainable developments?

Pete Spittler: I’ve focused on sustainable developments for my entire career. I strongly believe in leaving behind a better world for my children.

Q: Is sustainability a possibility for all types of buildings?

Pete Spittler: With the right planning and foresight, it definitely is. Even something as commercial and with an ecologically large footprint like a shopping mall can be a truly sustainable building.

Q: How is this accomplished for buildings that normally aren’t energy efficient or environmentally friendly?

Pete Spittler: It often requires building on sustainable sites, and choosing areas where the building makes sense geographically and environmentally, rather than where it makes sense for profits. It’s a balancing act between ecology, economy and cultural assets of a location.

Pete Spittler is an accomplished architect with many years of experience in the construction and design industries. Pete Spittler has worked on numerous multimillion dollar developments, and he’s recognized as a pioneer and leader in the sustainable building effort throughout the U.S. A registered architect in ten different states, Pete Spittler has designed numerous projects including the Flats East Bank, on Lake Erie in Cleveland. Pete Spittler is a member in good standing of the American Institute of Architects, the Society of American Registered Architects, and the National Council of Architectural Registration Boards.

Pete Spittler is a native of Northeast Ohio and graduate of Kent State University.