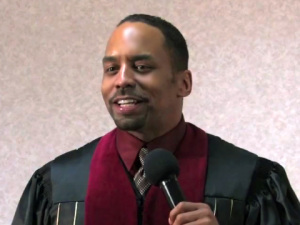 Sinning isn’t the problem, Dr. Pierre Bennett explains. God expects us to sin and has provided the way for us to repent. Dishonesty is a problem because it blocks that repentance. According to Dr. Pierre Bennett, God doesn’t like a lying spirit because what He really wants is openness. He wants you to come to Him with an open heart. No matter what you’ve done, Dr. Pierre Bennett believes, God can help you through it if you’ll only be honest with Him.

Even if people hate you, it doesn’t matter, Dr. Pierre Bennett tells his congregation. God will separate you from those haters anyway. What does matter is that you ask God for help. He’ll help you if you ask Him.

Too often, people mistakenly believe God needs them. God doesn’t need you, Dr. Pierre Bennett points out. He can set someone else up to serve Him.

Dr. Pierre Bennett says God wants you to fight for righteousness until the enemy is destroyed. “The Lord told Elisha to tell the king “…. you must strike the Syrians at Aphek until you have destroyed them,” the Bible states. God wants you to fight Satan no matter how he comes. And according to Dr. Pierre Bennett, because of Satan, the enemy is all too often you yourself. The fight is within you. You must strike the enemy until it is gone. You must persevere at each level of the fight until you have rid yourself of everything that is not like God

Dr. Pierre Bennett can be contacted through God’s Luv International Ministries Church at 703-395-1430.