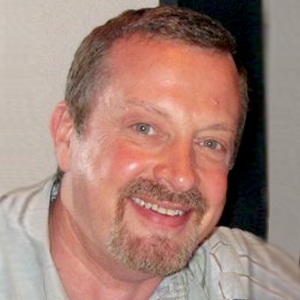 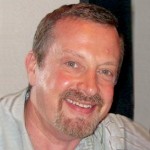 In the following interview, Gregory Fake, assistant television producer for Lifetime Television’s morning show, The Balancing Act, talks about his love of literature, a couple of his favorite authors, and how literature plays a big role in his career.

Q:  How did your love for literature begin?

Gregory Fake:  From a very young age, I had a ferocious interest in reading.  In fourth grade, I read 140 books, more than any other student at Sam Houston Elementary.

Q:  Your parents must have been very proud!

Gregory Fake:  Oh, yes!  Considering the fact they were both writers, they were very happy to see their son reading so much.

Q:  Who are some of your favorite authors?

Gregory Fake:  My interests vary, but I have continually returned to C. S. Lewis and J .R. R. Tolkien throughout my life.

Q:  These are two of the most famous authors ever; can you tell readers why you love their work?

Gregory Fake:  These two authors created works throughout their lives like no one else.  They created fantastical worlds that have the ability to draw readers in and keep them captivated for hundreds of pages.

Q:  Please give readers a little background on each author.

Gregory Fake:  I’d love to.  I might get carried away here, so stop me at any point!

Gregory Fake:  What a tremendous story. As a boy growing up in Ireland, C. S. Lewis was surrounded by the stunning landscape of the country.  There, he developed a profound interest in nature and in animals that lead to his boyhood stories about anthropomorphic animals, or animals that are humanlike.

Q:  Sounds like The Chronicles of Narnia in the making.

Gregory Fake:  Yes, C. S. Lewis’s early interest in animals and nature collided with his later interest in mythology, creating the basis for this tremendous series.

Gregory Fake:  Similarly, J. R. R. Tolkien took much from his childhood when developing his most famous works.  For Tolkien, the English villages, bogs, and countryside very much influenced the settings found in his books.  He and his cousin also created their own language when they were young, which lead to his eventual development of Naffarin, the made-up language used in The Hobbit and Lord of the Rings.

Q:  It seems like these remarkable authors had a lot in common.

Gregory Fake:  Yes, it’s incredible, really.  In addition to living in such a beautiful part of the world and being exposed to so much in nature as children, these authors, who were very close in age, went on to both become scholars and professors and were, at one point, friends.

Q:  How does your love for literature translate into your everyday life as a television producer?

Gregory Fake:  I am so lucky to be able to work with many bestselling authors, health and legal experts, and children’s authors when developing segments for the show.

Q:  Good for you! To close, what are you reading right now?

Gregory Fake:  I am diving into the many works written by members of the Inklings, a literary club that included both C.S. Lewis and J. R. R. Tolkien, amongst other authors, who were dedicated to fantasy writing in some shape or form.

Gregory Fakes lives with his wife and children in Florida, where he enjoys volunteering at his church, outdoor activities, and….reading!